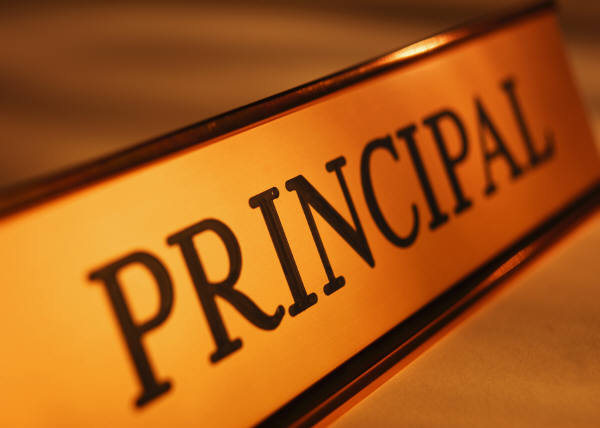 To say the least, life has been moving at a feverish pace for Kevin and Susan Brockberg for the last 60 days. In mid-June they returned to the U.S. from ShenZhen, China, after completing a two-year assignment at Buenavista Concordia International School, where Dr. Brockberg was head of school and Susan was a middle school science teacher. He accepted the Trinity interim principal position July 9 and arrived in Orlando July 15.

Just days after their arrival back in the U.S., Susan’s brother, Mark Brink, a Trinity member, called to catch up on the Brockbergs’ overseas work and travel. Coincidentally, Brink, who is also executive director of School Ministries for the Florida-Georgia District of the LCMS, was working with Trinity’s School Board to locate an interim principal. In late May, he had provided a short list of candidates for School Board consideration but after several weeks of conversations and one interview a suitable individual had not been found.

As Brink remembers it, he was well into the conversation with his sister when the idea hit him that his brother-in-law might consider Trinity’s job opening. He casually told his sister about the position and asked Kevin to call back, if interested. Kevin made that call just two hours later, and Mark described the job to him.

Since Dr. Brockberg’s arrival just four weeks ago, the transformation of TLS has been amazing. He has interviewed and hired a new 3-4th-grade teacher, met and “enter”viewed TLS and all Trinity staff, talked with parents and the PTL leadership, redesigned the curriculum, added some bright colors to classroom walls, created an Hispanic culture room and an art studio, spruced up the campus and more.

Dr. Brockberg is a highly credentialed educator and administrator so he had other opportunities upon his return from China. Why did he choose Trinity?

“I could see God’s hand in it for me and for Trinity,” the new principal said. “My heart just told me this is the right place to come. It could have been the great need of Trinity or the strong guidance of God. This is the place I ought to be.”

Dr. Brockberg’s career spans public, private and international schools and he has experience in Early Childhood, K-12 and higher education. He holds a Ph.D in Educational Leadership from Oakland University in Rochester, Michigan, and is certified in the United States both as a classroom teacher and as an educational administrator. His wide variety of experiences range from assignments in inner city Detroit public schools to one at the Hong Kong International School. He has also been an adjunct professor and consultant for Oakland University.

He was just a 5th-grader when he decided on a career in education.

“ I had an outstanding teacher and I wanted to be like Miss Kruse,” he said. Through the years, they have stayed in touch.

“I have met her half a dozen times throughout my career and met up with her again last summer after church one Sunday. My father was a professor at Concordia University, River Forest, and he was a big influence on me as well,” said Dr. Brockberg
His greatest satisfaction comes from working with children and leading them to know about themselves, their savior and the world around them so they can lead productive lives. “The same is true of elementary students as well as grad students I have taught,” the new principal said.

Being an administrator is equally gratifying for him.

“When working with school board members, parents and teachers — it’s satisfying to bring the whole community to the same end result” — to see spiritual, cognitive and educational growth.

Dr. Brockberg explained some challenges in education. One is always to stay current with educational theories and methods. Technology is another  — to discern how to avoid fads and to figure out how to harness technology so that’s its useful to students in their learning and improves communication with students and parents.

“It was quite an experience living in a totally different culture and navigating through another language,” Dr. Brockberg said. “For the teachers, English was a second language. They had to master content as well as the English language. It was also fascinating helping them understand how different Western education is from the orientation of an Eastern education. Students were eager to learn in these Western ways; parents were drawn to the curriculum and just felt it was far superior to the climate in Chinese schools.”

His school in China grew from an enrollment of 25 to 170 in two years under his leadership.

Living overseas created new opportunities for travel and obstacles for family togetherness. The Brockbergs would miss individual occasions, summertime events or a baptism in the family but also were able to travel the world and returned to the U.S. every summer.

“It’s a trade off — the summer instead of a weekend visit [when they were living at home] — so our families got us for two weeks at a time, like it or not,” he said.

The couple has found an apartment in downtown Orlando and will be moving in this weekend.

“I really haven’t had a chance to experience Orlando yet, but I like being downtown,” Dr. Brockberg said. “Most places I’ve served I’ve experienced a big city nearby. I love all of your fitness trails and the warmer weather for jogging outside. This will be a nice change from jogging in December around fitness trails in Michigan.”

He went on to explain he likes just about anything that’s physically active, like rollerblading and swimming. He played college football and enjoys following it now.

Some of his other favorite things — “I like reading books about education; I love reading biographies and have a goal of reading the biographies of every U.S. president,” he said.

With a 36-year career in education that has spanned the globe and included public schools in Detroit, Lutheran Schools in the U.S. and overseas and college classrooms, there must be some special friendships.

“I have professional colleagues and a lot of professor friends at Oakland University that are special friends to me and a college roommate that has the same position as Mark Brink in Texas — intelligent, enjoyable, active people. There are some in every place I’ve been at,” said Brockberg.

The Brockbergs have four grown children, Jennifer, who taught at TLS several years ago and is now teaching at Concordia International School in Vietnam; Erika; Joel; and Matt who is employed in Michigan and preparing to enter medical school.

Dr. Brockberg’s certifications include: Michigan Administrator, K-8 Classroom self-contained, K-12 Physical Education, and Certificate of IB Studies. He graduated in 1978 from Concordia University River Forest with a bachelor’s degree in physical education and a minor in mathematics. He completed a master’s degree in Administration and Supervision in 1983, also from Concordia River Forest. Then, in 2006, he earned an Ed.S. Degree from Oakland University.

Susan Brockberg graduated from Valparaiso University in 1977 with a Bachelor of Science degree in biological sciences and a minor in education. Her first teaching assignment was at Milwaukee Lutheran High School as a science teacher. She has been a middle school math and science teacher at Hong Kong International School, a classroom teacher at Our Shepherd School in Birmingham, Michigan and a guest teacher in the Troy (Mich.) School District prior to her recent teaching position in China. She is currently working on a Master of Arts degree in Curriculum and Instruction with an anticipated graduation this month. She will be teaching math and science in the middle grades at Trinity.